Coby Electronics is expanding its high-definition television offerings with an extensive all-new collection planned for 2011 that includes debut models in 3D, Internet and, for the first time, large screen sizes above 32" in wall-mountable, energy-efficient LED and LCDs TVs. All of Coby's anticipated 2011 introductions - from TVs and MP3s/MP4s to portable DVD players, headphones and more - will be on display at the 2011 Consumer Electronics Show, Booth #11932 in the Central Hall of the Las Vegas Convention Center, January 6-9, 2011. 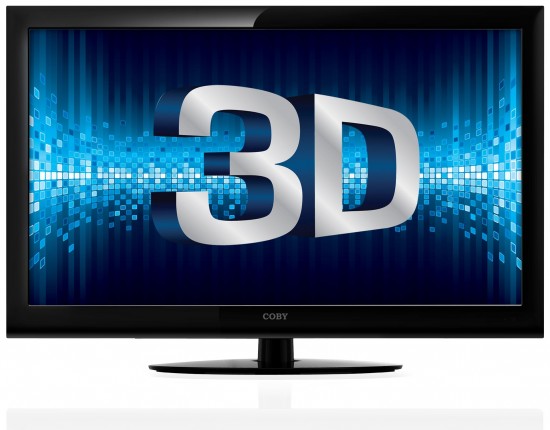 "Coby's new TVs offer a 'picture-perfect' way for a wide variety of consumers to enjoy movies, TV shows, sports and more in beautiful, brilliant color," said Michael Paladino, Senior Product Manager for Coby Electronics. "We're thrilled to deliver technologically-advanced systems that give consumers affordable and stylish viewing options in a range of sizes up to a stunning 55", each at amazing low prices. Our new collection features a number of offerings that will seamlessly enhance consumers' home decor, while taking their entertainment to the next level and helping them save money on their energy bills at the same time."

This year, Coby will play a key role in the TV industry by introducing its spectacular new range of wall-mountable units - from 22" to 55" - featuring super-thin LED and 3D technology and Internet connectivity. Many of the new models also include 1080p high-resolution displays and advanced motion engine capability that delivers lightning-fast video. In addition, Coby's feature-rich and ultra-slim LED lineup is eco-friendly and each model is Energy Star 4.2 compliant.

Coby's 2011 debut collection of widescreen 3D HDTVs with LED Backlight Technology include the following 1080p models, each equipped with two active-shutter 3D glasses with the exception of the 22" model, which offers 3D viewing without special glasses:

Coby's 2011 debut collection of widescreen 3D HDTVs with LED Backlight Technology include the following 1080p models, each equipped with two active-shutter 3D glasses with the exception of the 22" model, which offers 3D viewing without special glasses…

This year also marks the introduction of Coby's first Internet TVs. Furnished with LED Backlight Technology, the new collection will be powered by Google's Android OS and include five different screen sizes. Coby's Internet LED TV offerings will play digital media files from USB flash drives and support wired or wireless Internet connectivity. With a built-in web browser, the sets are ideal for consumers who want to watch their web videos, view photos and play games. Users will be able to select from a wide range of popular apps to enhance their viewing entertainment, display high-definition photos from online photo-sharing sites and more.

In addition, Coby is expanding its range of LCD high-definition TVs with CCFL Backlight Technology. The company offers five sleek new flat-panel sets designed to fit consumers' lifestyles and their budgets. The new units, all in 1080p with the exception of the 32" model, put the contemporary television experience into the living rooms of consumers everywhere. The models for this year are: