Samsung Electronics today unveiled its 2010 portfolio of LCD HDTV’s including the 750 and 650 Series. Each includes enhanced picture quality and advanced connectivity. With DLNA networking capabilities, and new Touch of Color™ (ToC™) designs, these HDTVs raise the bar of excellence in their respective categories. The 750 Series features built-in 3D technology, making images leap off the screen so you feel like you’re a part of the action. Across the board Samsung is delivering a host of picture improvements including its picture enhancing HyperReal™ Engine, for a true-to-life range of color and contrast. Additionally, all of the 2010 LCD TVs fall far below the maximum allowance for the new Energy Star® 4.0 rating. Samsung’s LCD TV lineup will be on display at Booth #11026 during the International Consumer Electronics Show at the Las Vegas Convention Center, January 7 – 10, 2010. 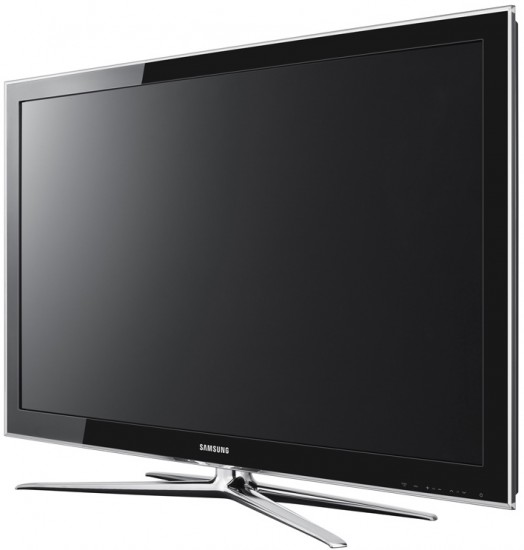 With built-in Ethernet connection and wireless ready capabilities, the 2010 LCD TV lineup is ready to meet the growing consumer demand for “content without borders.” The upgraded Internet@TV feature now includes Samsung Apps, providing consumers with an expanded, easy to navigate selection of content and applications from leading services like Accedo Broadband, AccuWeather.com, The Associated Press, Blockbuster, Fashion TV, Netflix, Picasa, Pandora, Rovi, Travel Channel, Twitter, USA TODAY, and Vudu. Applications can be downloaded and viewed all while watching TV. All of the premium LCD TVs 650 Series and above, will include the upgraded Internet@TV with Samsung Apps.

Also included is DLNA compatibility for wireless connectivity and multimedia sharing across devices, allowing consumers to wirelessly transfer photos, movies and music from PCs, mobile phones and digital cameras to their TV for big screen enjoyment with friends and family.

The Samsung 240Hz LCD 750 Series sets a new bar for modern innovation for LCD HDTVs by offering built-in 3D technology, including the emitter. Samsung is delivering the best 3D HDTV experience possible by leveraging a number of proprietary technologies. The built-in 3D processor was developed to comply with the major 3D formats. In addition, Samsung’s 3D system delivers a picture using a full color spectrum for an unbelievable, immersive viewing experience.

Along with the company’s 3D Blu-ray player (BD-C6900) and active shutter glasses, Samsung offers a complete solution allowing consumers to bring the 3D theater experience home. The processing can even be applied to broadcast TV, gaming content and legacy DVDs to automatically convert 2D viewing into 3D in real time. If you’re not in the 3D mood, you’re back to watching one of the best quality HDTVs on the market with the push of a button.

With an exhaustive range of features and capabilities, Samsung’s 650 Series is a beautifully crafted, multimedia centerpiece that plays a wide array of digital content in pristine Full HD glory. The 120Hz 650 Series features a new Ultra Clear panel to produce richer, more natural colors, deeper contrast and greater clarity than have ever been seen before on an LCD HDTV. The design of the LCD TVs has a distinct look and feel recreating the U-line Touch of Color™ (ToC™) design of its predecessor in a sleeker and more compact form.