Continuing its history and tradition of producing award winning HDTVs and following on its success at the recently concluded 2012 CES, Panasonic Consumer Marketing Company of North America, the industry and technology leader in High Definition televisions, today announced the availability of the company’s initial wave of 2012 Smart VIERA® Plasma, LED and LCD HDTVs, defining the core of a new Internet connected lifestyle. 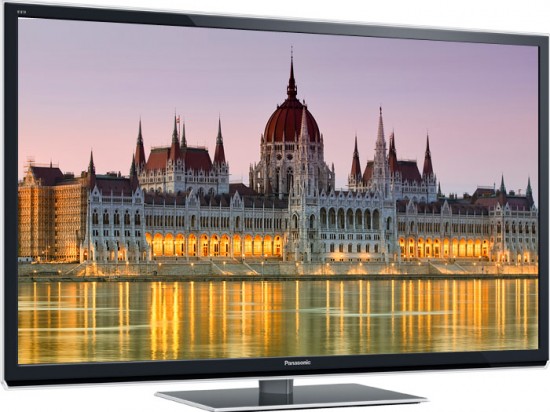 Panasonic models in the ST50, UT50, and XT50 Plasma series and the E50, ET5, E5 and X5 LED series will be available this month. The LED models introduce two new screen sizes – a 47-inch class (47 inches measured diagonally) that will be available this month, with 55-inch class (54.6 inches measured diagonally) models to follow in April and May. In addition to the two new screen sizes, Panasonic has increased its LED model line-up from seven models in 2011 to 16 in 2012.

The 2012 models expand Panasonic’s 3D lineup and enhance its commitment to its Internet platform, VIERA Connect™1. With this in mind, new for 2012 is a cloud-based architecture that opens the VIERA Connect IPTV platform to an infinite number of apps, thereby cementing its reputation for creating innovative and cutting-edge products while focusing on providing the consumer with the ultimate in home entertainment2.

In addition, Panasonic continues its commitment to the environment by improving the panel luminance efficiency of the VIERA Plasmas, as evidenced in the 100,000 hour life span of the panels, as well as producing mercury-and lead-free panels. Enhanced power efficiency has been addressed with, among other technology advances, new and improved phosphor mixtures and more efficient electronics. The new advanced LED IPS (In Plane Switching) panels reduce on-mode power consumption by about 25% compared with last year's comparable models.

Panasonic is dedicated to bringing new picture-improving technologies to HDTVs and the 2012 Plasma lineup also builds upon that philosophy. The 2012 Smart VIERA® Plasma HDTVs produce black levels that have in the past been consistently recognized as among the best in the industry. The VIERA HDTVs also feature super fast response time, intuitive and therefore easy to operate controls, a vast number and variety of internet apps, and a new, clean and simple design incorporating Panasonic’s Glass and Metal concept to express an elegant and luxurious theme.

“Our enhanced and very strong 2012 model lineup builds on Panasonic’s priority to be the highest quality entertainment company, providing the consumer with many options and our new lineup does just that,” said Henry Hauser, Vice President Merchandising, Panasonic Consumer Marketing Company of North America. “Panasonic is extremely proud that for the last three years our Plasma HDTVs have been nominated as CES Best in Show and our LED and LCD lineup is stronger than ever with the addition of two larger screen sizes, the 47-inch and the 55-inch. We continually strive to surpass the previous year’s commercial and critical success. And, Panasonic’s new cosmetics and design make for a truly beautiful TV, further elevating our brand awareness with the consumer. That is precisely why Panasonic’s 2012 Smart VIERA models will once again prove to be the industry leader. Panasonic is also very proud to have been named one of the top ten global green brands of 2011.”

Select Smart VIERA Plasma models employ NeoPlasma Black 2500 to provide a crisp image with 2500 FFD (Focused Field Drive) technology even when the content shows very fast motion, and to control the light, which enables viewers to see subtle details in dark scenes, with the new 24,576-steps super fine gradation. The 2012 panel further reduces reflections and creates sharper pictures with higher contrast in brighter environments. In addition, a new panel structure with improved filter and pre-discharge control technology contributes to an increased native contrast level. Additionally, all the 3D models include DLNA connections for easy link-up to other DLNA equipped products.

The Smart VIERA LED line-up continues to benefit from the addition of the IPS LED Panel technology. The 2012 LED models deliver a wide viewing angle with almost no picture degradation at off angle viewing and offer up to1920 backlight scanning for higher moving picture resolution during fast action scenes with a reduction of afterglow resulting in a smooth, crisp image. The high performance, high speed, high transmittance panel materials contribute to the 178° color viewing angle, high contrast performance and fast response time, which in turn dramatically reduces artifacts and 3D crosstalk.